The car found among the ruins is back on the streets 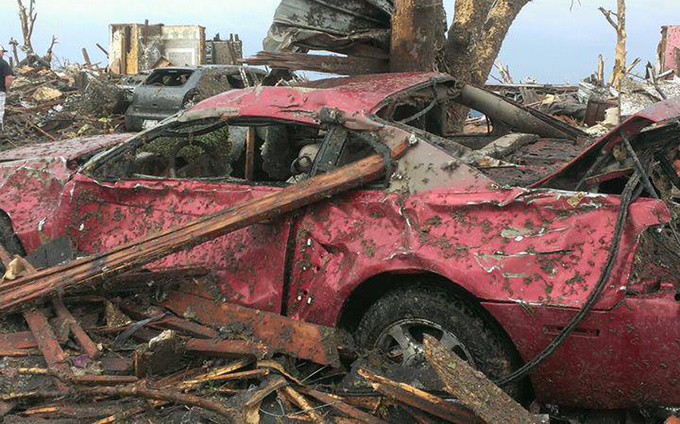 The Moore tornado claimed the lives of 23 people, destroyed the homes of thousands and caused damages worth many billion US dollars. Strange, but even such a tragedy can have its heart-warming stories.

One of the tornado's many victims is Jack Haden, who was fortunate enough to get away uninjured, suffering only property damage. He found his beloved Ford Mustang wrapped around a tree, buried under rubble. It had suffered serious damages but surprisingly, it still worked. Instead of mourning his loss Haden, an aircraft mechanic by profession, set about making the most out of the situation. After changing the wheels and getting rid of some of the body by cutting the top, the wings and the hood off of the car among other things, it was fit again to be taken out on the street as a strange convertible.

Haden then drove it to the neighbourhoods most affected by the tornado to put a smile on people's faces. The car even endured Haden burning some rubber which normally wouldn't translate to more than having a little self-serving fun, but under the given circumstances it became a symbol of starting all over again.