Watch out or you’ll be asphalted around

A car that couldn’t be moved

It looks like in Romania it’s no big deal if there’s a car parking on the road to be asphalted. The eager pavers always find a way.

Be careful where you park your car around Craiova, or you'll easily find yourself in the same situation as the owner of this Jeep Cherokee. The car was in the way of the road construction workers, and as it couldn't be moved, the pavers simply blacktopped all around it. 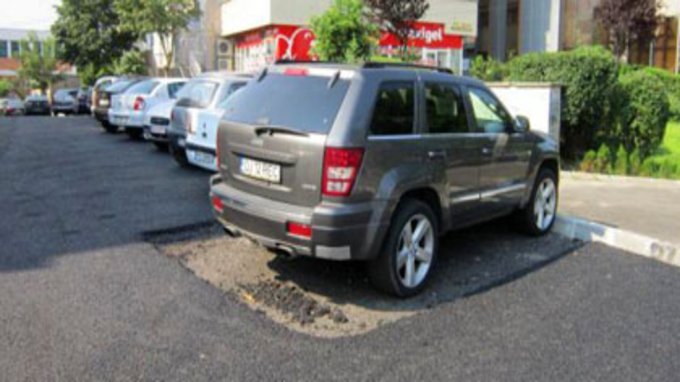 It must be said, though, that the Delta road construction company went to great lengths to solve the problem. As the owner had been abroad for weeks and his wife refused to move the car out of the way, the company hired a breakdown truck. The crane able to move up to 1.5 tons could not get to grips with the 2-ton car, so the pavers were forced to leave out the couple of square metres occupied by the Jeep. Judging by the picture the car remained intact, and the company promised to finish work as soon as the owner gets home and moves his car. 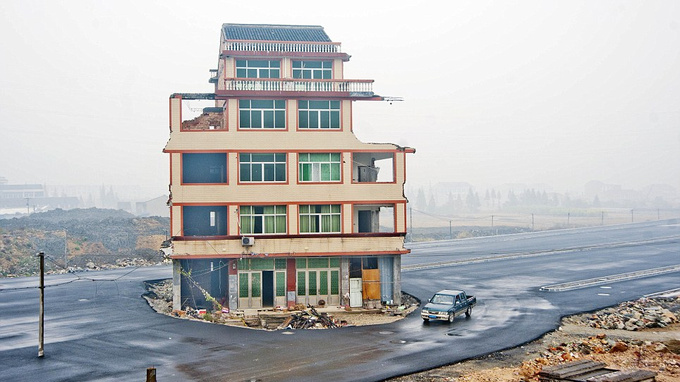 It is not a one-off incident, though. Swindon was in the news recently as the road construction work could not be carried out properly due to a number of cars parking in the street. This of course is still nothing compared to the incident which went viral on the internet some months ago: in China a motorway had to be built around a house as its elderly owners refused to move out. A good addiction to smoking

It was meant to be an East European almost-car for the masses without the money for a real one. In the end it turned out to be much better than expected. Here’s how it came to be.