Bentley driver of Budapest has regretted everything

An era is coming to end in Budapest. The owner of the infamous matte black Bentley has been tracked down, and scared by the media attention has escaped into repentance.

Dino Marsani, who has tried his hand at being TV presenter years ago and is now an entrepreneur setting up an online poker site, is officially sorry for having violated the parking rules and has promised to be change his ways. The Belgian man spoke to Index.hu. 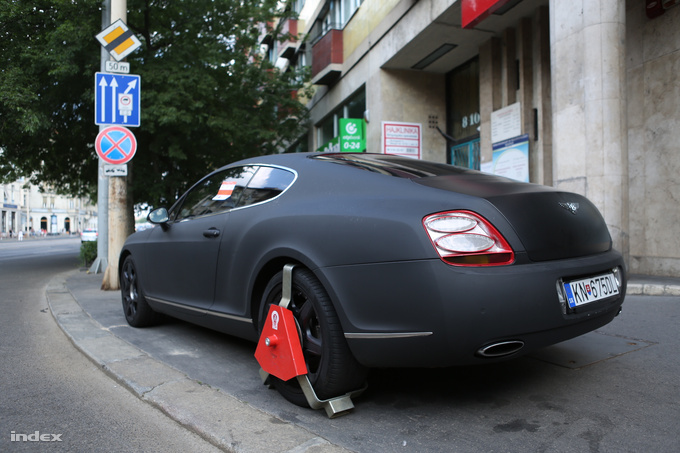 For weeks, the Hungarian public has been greatly concerned by the matte black Continental GT parking in no parking zones again and again. After the memorable Margit körút incident we joined in on the manhunt, but it turned out a friend of the owner had been responsible for the way the car was parked then. The 46 year-old Belgian businessman seems to have a habit of lending the car to his friends who tend to take part in traffic with a lack of responsibility matching his own.

On Thursday Marsani was run down by a journalist of Index.hu next to his car parked outside of his office in Falk Miksa utca. Annoyed by the reporter and the camera shoved in his face, he used concise English phrases to express his refusal to answer the questions posted in his mother tongue. Making it clear that he did not wish to be in the public eye he got in the car and stormed off with a young woman by his side.

He managed to escape from being called to account publicly, but was helpless against the indignation of the public. The internet has preserved the recordings from his past as a TV presenter, thus his face has become well-known in no time. An ex-employee of his was willing to tint his character sketch and spilled the beans about his odd habits, like showing up in front of his colleagues wearing underwear and regularly qualifying their work with a brief “This is shit.” Feeling offended by the media attention Marsani threatened to sue anyone poking their nose into his affairs. Half a day later he had a change of heart and realised it was in his best interest to agree to do the interview.

As a seasoned businessman he was well aware of what people wanted to hear when he sat down to talk to Index.hu. He knew that coming up with excuses for his extreme parking solutions would be pointless, even if his friends were to blame in some cases. The Belgian felt it was time to take responsibility for parking on the zebra crossing, on the pavement, or simply in no parking zones. But let's be honest: the fact that the car in question was a matte black Continental GT, the only one in Budapest, had a lot to do with the media hype escalating for weeks. With cars like that it's virtually impossible to mix in with the traffic in the Hungarian capital city.

During the interview Marsani went to great lengths to appease his enemies. He sang the praises of the Hungarian intellectual capital which, beside the cheap work force, had been a deciding factor in having the poker site he is yearning for developed in Budapest. The parking legend also revealed that the Bentley is a second-hand car bought in Slovakia where he runs another company, hence the Slovakian number plate. It turned out he's in need of the disabled parking permit because of his bad leg, which he is seeing a specialist about, but admitted it also comes in handy when his ill father is coming to visit. He had a partly questionable, partly acceptable answer ready to every question. Except for those about ignoring parking regulations. 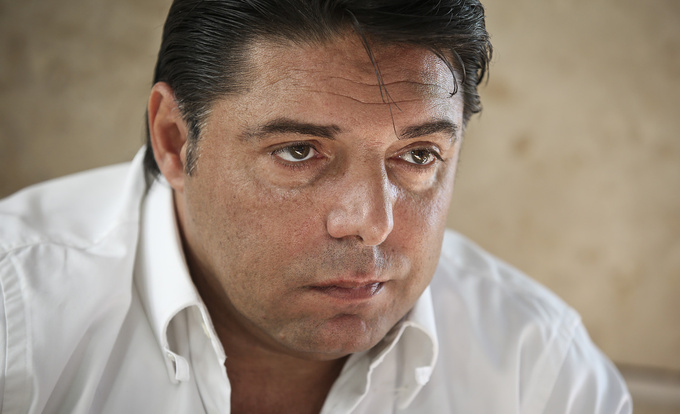 He doesn't see himself as wealthy. His businesses don't thrive as they once did, when he employed a driver and getting around was a piece of cake. Those were the days, no doubt, and the comfort he had gotten used to might have something to do with his current parking defect, which he is sorry for. “The media coverage, the internet hype, all of it made me have a bad conscience. I've come to understand that the rules must be complied with” – he said, and promised to park according to the regulations from now on. No more Bentley spotting. Less excitement on the streets of Budapest. An era has come to an end.