In 2006 –n line with the commitments made in the Kyoto Protocol– the European Union passed the Directive 2006/40/EC relating to the emissions from air conditioning systems in motor vehicles. Within the framework of this directive there is a goal to gradually cut back the use of halogenated carbohydrates. The target value for 2030 is 30% of 2006 levels. The Mercedes-Benz models in question, including the A- and B-classes, the CLA as well as the SL are victim to this push. 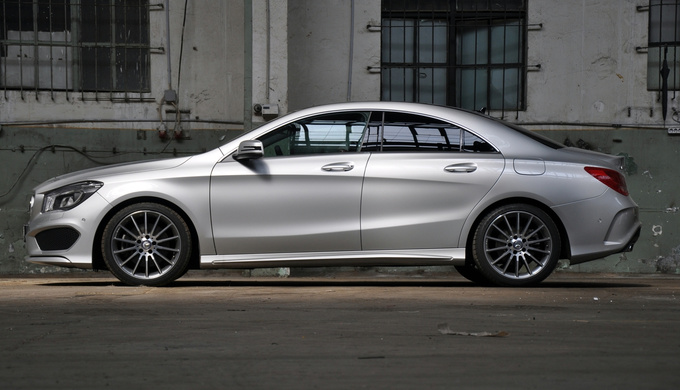 Is the fear justified?

Possibly, yes. Automotive climate control systems tend to leak significantly. Annual loss can amount up to 35%, which means that cars supposedly emit hundred thousand tons of A/C refrigerant each year. Of course these Freon gases are also used in a zillion other applications from the foaming process through the cosmetic industry to aluminium production. Cars account for just about 10% of all refrigerant leaks, with the entire cooling industry – from office buildings through food storage rooms to your kitchen fridge – amounts to less than 50% of our Freon emissions. There is about 300-600 grams of refrigerant in a car, maybe 900 grin a full size sedan, and up to 1.3 kg in larger vans with a separate A/C system for the passenger compartment.

On the other hand I have talked to an A/C specialist who has been keeping track of this refrigerant war for decades. He says there is still no substitute for the excellent R12 (dichlorodiflouromethane, a.k.a. Freon-12) but it had to go because of the ozone nonsense. He claims the new and currently used R134a is known to be carcinogenic, and because it required the redesign of air conditioning systems you cannot just fill it into any old car or fridge. 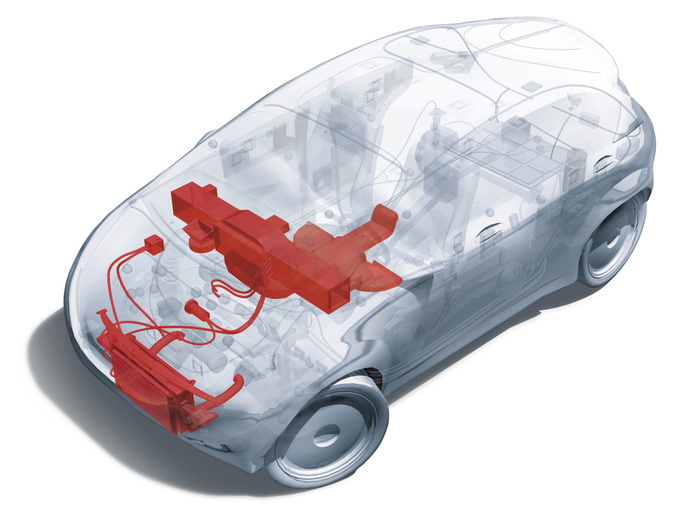 At the beginning of any replacement process new materials tend to cost significantly more than the old ones. This is exactly what happened in the 90's, when R134a was launched at a prohibitive price, but the pricetag gradually became more modest over the last 20 years or so. And now, it's no more. R134a has been banned in newly designed cars.

Is there an alternative?

There are a handful of options. HFO-1234yf, a refrigerant developed and patented by Honeywell and DuPont, has thermotechnical properties quite similar to the previously used R134a. That means A/C systems can operate at roughly identical pressure, engineers may use similarly sized heat exchangers, even the currently used lubricant is suitable for the new refrigerant.

Another possibility is carbon dioxide. In fact there are some automotive systems that already run on CO2 (known as R744 in the cooling industry). This, however, requires a completely different system. On the other hand it is not flammable. On the contrary! The drawback is that CO2-filled systems cannot work efficiently above an ambient temperature of 35°C. Manufacturers argue that 97% of all cars operate at lower temperatures but I am not sure that would be consolation for the remaining 3%. Under 35°C, however, CO2 systems use less energy than R134a, not to mention that CO2 is dirt cheap

Now, CO2 is also classified as a green house gas but considered far less dangerous than R134a. A single kilogram of R134a leaked into the atmosphere can do as much harm as about 1.5 tons of CO2. A single kg of HFO-1234yf, on the other hand, is equivalent to 4 kg of CO2.

So why can't Mercedes use these gases?

All the advantages of HFO make it too nice to be true. And indeed, it does have a drawback. It is called 2,3,3,3-Tetrafluoropropene, a derivative of propylene classified as mildly flammable.

Officially, Mercedes-Benz refuses to use this specific refrigerant because it may ignite upon impact. They conducted an experiment where they simulated refrigerant hose damage by mixing HFO with the lubricant used in the cooling system and spraying it over the hot surface of a 1.6 turbocharged engine. The results were devastating: the engine bay instantly turned into a blazing inferno. „It was shocking. It took us the better part of a day to fully comprehend the reaction we saw,” said testing engineer Stefan Greyer to Reuters. Based on this experiment Daimler has decided not to use HFO because it „poses an unacceptable risk for our passengers in the event of a collision” 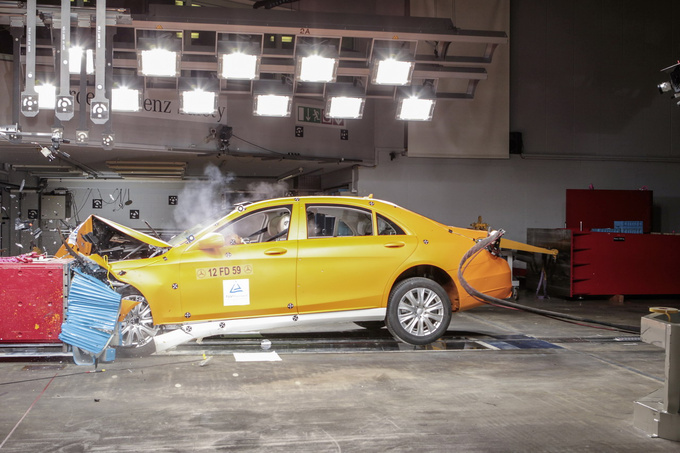 There is another thing about HFO. While burning it generates hydrogen fluoride, a highly aggressive compound which can damage glass and will cause cardiac arrest if absorbed through the skin even in small quantities. The threshold allowed for this compound in North American work health and safety regulations is three times lower than for hydrogen cyanide – the poison used in WWII concentration camps. When faced with the issue of how the new model could be type approved with the new refrigerant, Daimler came to a rather brilliant solution: they applied for and received a waiver with the German authorities. EU member states usually honour such a decision and issue the relevant type approval, and they did exactly that – except for France.

Germans claim the French have issued type approval for both the Mazda 6 and the CX-5, as well as for a Lexus model, even though all three still use R134a as refrigerant. Our local Mazda distributor has informed us that Mazda homologated the new model before the deadline of 1st July, 2012, and all subsequent derivatives will also receive type approval. In other words Mazda was cunning – and also reluctant to use HFO.

There is one problem with this, says Gabor Palos, technical director of a corporation monitoring climate control systems. Namely, Daimler is not telling anyone under what exact condition the fire started, and no other carmaker has reported anything like this. Honeywell and DuPont claim HFO is so safe „you are a hundred times more likely to die of a triggered airbag than of this”. Of course they are biased, being owners of all related patents, and having invested heavily in the development of the compound. What they say is manufacturers should merely include a safety valve in the design of their A/C systems which would release the refrigerant – obviously away from the engine – in the event of an accident. 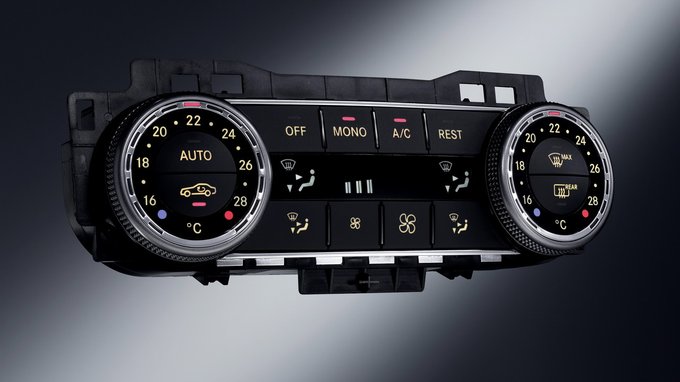 Mr. Palos says HFO is simple to make, but the industry is not yet prepared for its mass production. It means that while you can buy a kilogram of R134a for 2-4 Euros that much HFO would cost something like 40 Euros – provided it is introduced to the market at all. This steep price is bound to decrease once production gets going – it was no different for R134a. Or could this entire scandal be generated by the lobbying of Honeywell and DuPont? Hardly likely, as not even they would be capable of supplying the entire world with this relatively new material, first introduced in 2009.

The French have effectively blocked the sale of over 4500 cars, 2700 of which have been paid for. This is a major bummer. Yet Daimler is showing no sign of distress. Why should it: France represents a mere 2% of their sales volumes, and the factories manufacturing the banned models will not be shaken by the ban. As their official press release says: „due to the high level of flexibility inherent in our manufacturing processes we can at all times adapt to the varying demands present on different markets, and can make the best possible use of our production capacities”. In other words: there is enough demand for these cars to sell them elsewhere. End of story. In the meanwhile they are busy trying to solve the issue in the background. Their arguments, however, will not likely to be revealed any time soon. Adding insult to injury for Daimler the entire EU now backs the French in this matter. The latest reports seem to indicate that the new Mercedes models running R13a as refrigerant could be banned indefinitely. 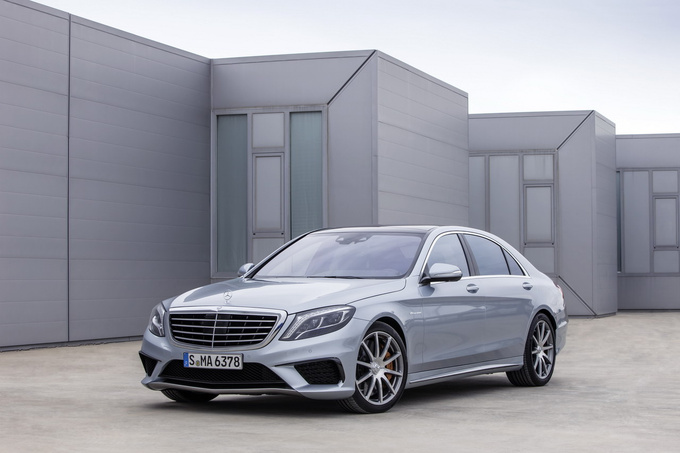 What does this mean in practical terms? Not much, not yet at least. Old A/C systems will continue to be topped up with R134a, while already homologated models may continue to use this compound up until 2017. If research happens to verify the claims regarding the unsafe nature of HFO, that could spell disaster for DuPont-Honeywell. There is a French manufacturer of refrigerant who has already motioned for antitrust proceedings against them. Further diminishing their odds is Ferdinand Piech, chairman of the board at Volkswagen Group, who said they are working on a CO2 climate control system because „CO2 is guaranteed not to ignite”