Don’t judge by the first impression 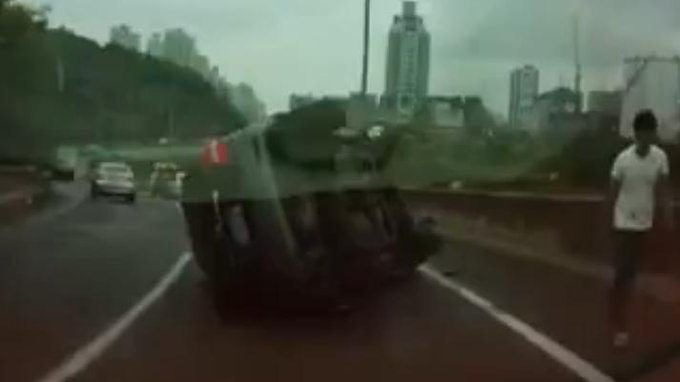 This is not another dashcam recording of a trucker falling asleep and crashing into an innocent driver’s car. This dashcam recording shows a trucker who seems to have fallen asleep, when in reality he is saving the lives of a few people by making a move no one would expect. Thumbs up for the truckie!