Hit by a cop on the zebra crossing

Here’s a good example of the authorities riding roughshod over the rules they are supposed to uphold. 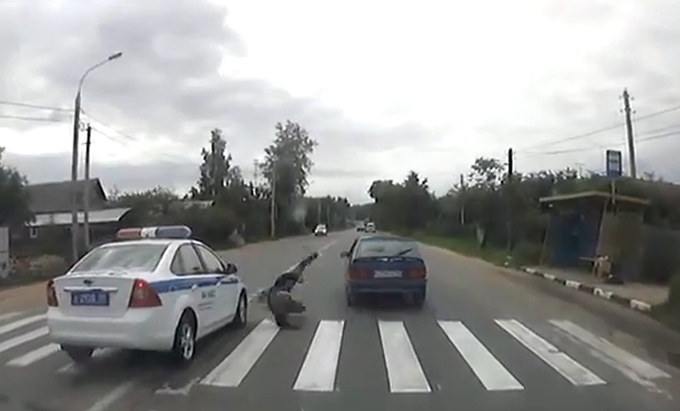 If you’ve ever studied the Highway Code, you can probably recall what you’re supposed to do in case the car driving in front of you suddenly slows down or stops. You’d be forgiven for thinking policemen around the world know, too, maybe even better than civilians, since they’re the ones meant to uphold the rules. Well, this video proves you wrong.

Watching the video some of you will probably conclude that the policeman felt he had the right to break the rule, as it doesn’t apply to him. Our guess is that he had no clue whatsoever as to what he was supposed to do. Luckily the incident had a happy ending, the pedestrian survived. He could even stand up, although he was walking with a limp afterwards.

Although the video was recorded in Russia, near Moscow, it could’ve happened anywhere, really.