He was hit by the flying parts of a car, then by a truck, but he made without a scratch. 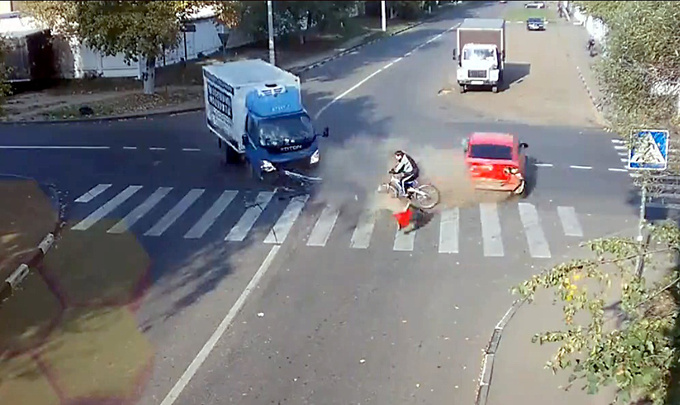 Ever wondered about the definition of being lucky? This video, our daily dose of Russian road action is the perfect example. Should anyone ask you about the meaning of the word lucky, just play this short film: