Many would claim the Mk 2 was the best Golf Volkswagen has ever built. It was born in an era when carmakers were not afraid to show sheet metal in the cabin, and when base specification literally meant a car with bare bones functionality. An era when motoring seemed more important than keeping up with the Jones’s. Reliability, simplicity and functionality ruled the world. 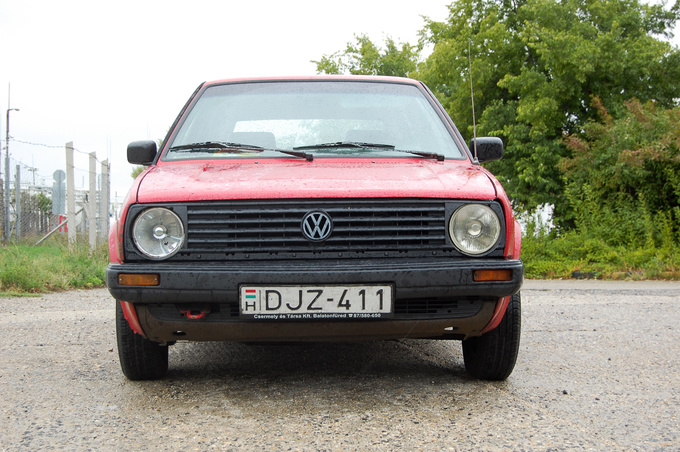 For many, this is still the true face of Golf

With the model change after the Mk I there was a vast improvement in corrosion protection, while the engineering content had proven solid over the decades. In similar vein to the Beetle, almost everyone in the world knows a story about a family member, a friend, an acquaintance who, at one point in their life, drove a Golf II. The punchline of these stories is universally similar: the car never let them down, always worked like a charm through 200, maybe 300 thousand kilometres. However I had never heard of anyone who bought a Golf new and drove it 1,028,000 km.

Which is exactly what Gyula Borka did. Back in 1990, when the Hungarian new car market was still in its infancy, he bought a five-door Golf II 1.6 D in CL specification, with power locks and a five speed gearbox. 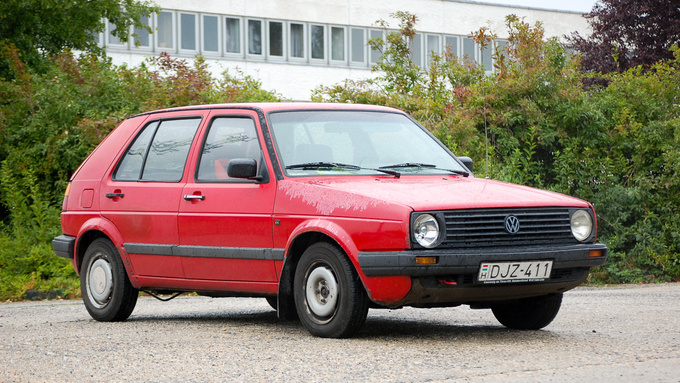 It may no longer look pristine but functionally it is perfect

It was not meant to be a Sunday car for family outings. Mr Borka used it extensively as a working tool, sometimes driving it to Germany and back up to twice a week. The car has been as far as Great Britain. On the average it covered about 45,000 km annually, which adds up to quite a mileage over 23 years of use. I have yet to see an enthusiast who wouldn't get bored with cars after this much driving. There were years when the Golf covered over 100,000 km, and at times the owner had to have the oil changed fortnightly because of the extreme use. But owning and using the car has been mostly uneventful. Much of the paint job is original, so is the gearbox. The cylinders have been honed and there was a piston ring job but the car has never had a typical comprehensive overhaul. 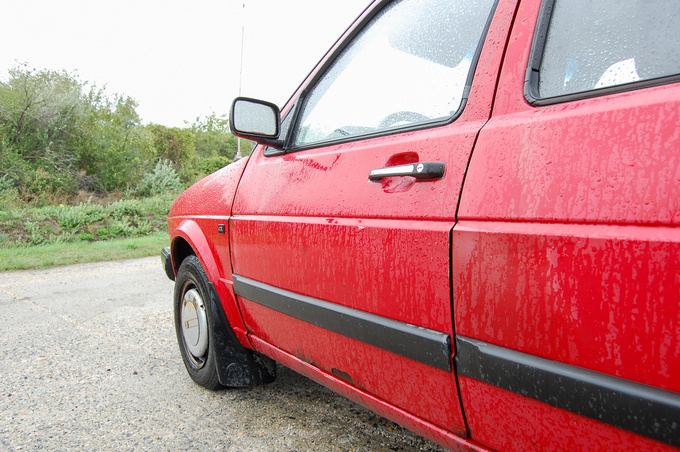 The engine originates from the 1.5-litre unit serving in the Golf Mk I. Back in the late 70's it was considered a high-revving, modern diesel and it rapidly gained popularity. It had high specific power and low fuel consumption. It also proved to be highly reliable; many people would call it the finest diesel engine of its age. It was manufactured in massive numbers and played a significant role in the acceptance of diesel engines in passenger cars. While only 50 PS (later 54 PS as the displacement was increased to 1.6), it was plenty powerful to move the Golf I weighing in at only 700 kg. The Golf II received the same atmospheric diesel engine with no significant modifications. It is a swirl chamber engine with a Bosch rotary distributor injector – purely mechanical, of course. The most sophisticated electronics circuit on board this car is the one controlling the hazard warning lights. This also means that the mechanical content, made of high quality materials and to exacting tolerances, is not prone to malfunction.

Obviously, the car could not just accumulate this mileage without proper care. You simply cannot circumnavigate the Earth 23 times unless the conditions are right. First and foremost you need a caring driver who won't abuse the diesel engine and drives it like it should be driven. During oil changes Mr. Borka always made sure mechanics would not rev the engine before there was sufficient pressure in the lubricating system. These may be small things but al in all they add up to that monster mileage. Proper maintenance is no less important. 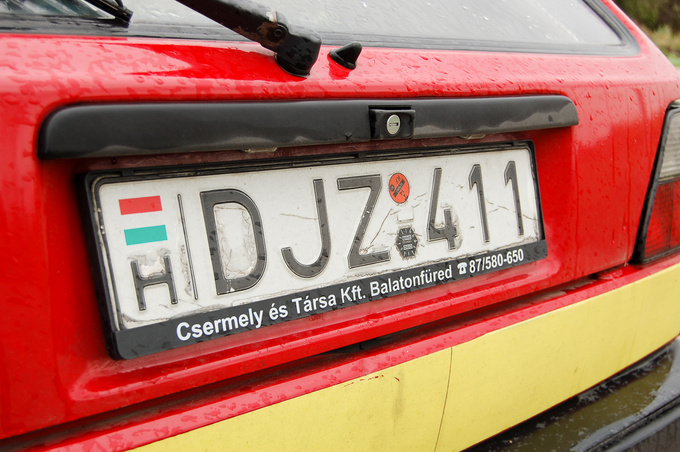 A pride and joy, also for the garage that maintained it

Through most of its life, the car has seen proper, official Volkswagen care. While the merits of a brand name garage are hypothetical, this particular place obviously did an excellent job taking care of the Golf, using proper tools and high quality fluids to maintain that tone so characteristic of Volkswagen diesels.

The body is showing signs of wear. There are rust spots everywhere but the vehicle is structurally intact. The Golf was rear-ended some time ago, which is when the bright yellow strip was added to cover the markings. 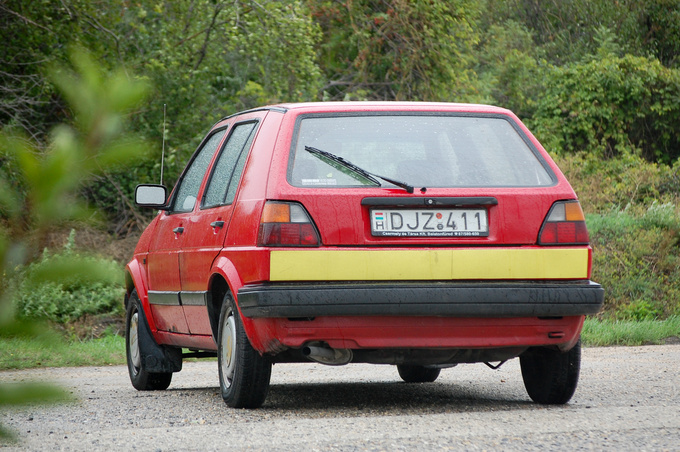 The yellow strip covers damage sustained in a minor collision

Originally bought for about DEM 10,500, the Golf has recently seen less care than previously. While it may look more worn, it still works like a clockwork. These are the kind of models that go on to define the reputation of a carmaker for decades to come. I wonder if Volkswagen was aware of this, or they were only thinking in terms of immediate profits when designing the car. Are modern day manufacturers considering this? I guess we'll see in 23 years and about a million kilometres from now.