Super-realistic vans with graffiti on their sides, psychedelic visions of pickups, crashed cars from all views - the way this dude can draw compared to what you produced in 8th grade is like watching a 3D LED TV after the faded B&W 8mm film of your great-grandad from eighty years earlier. Just take a dive in his gallery of pictures and you'll be astonished. 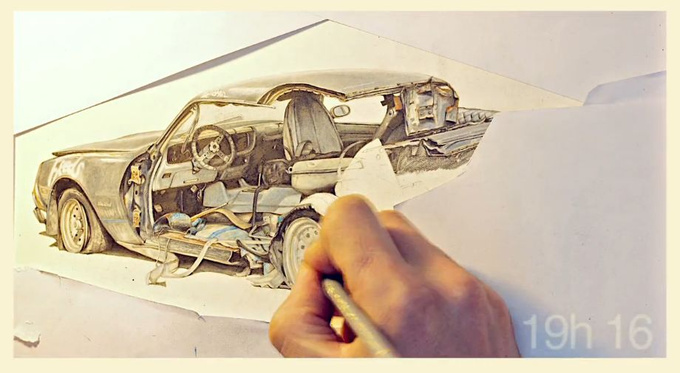 But it is way better to watch how he does his stuff - now that is when you're gonna draw a deep breath and forget to exhale for a little while... You're just a click away from it.

Paul White Time-lapse of a drawing from paul white on Vimeo.